Meditation vs. Western Psychotherapy: A Lesson From South Park

Among other things, this episode subtly touched on some of the fundamental flaws of Western Psychotherapy.

Meditation vs. Western Psychotherapy: A Lesson From South Park

I just finished watching a really deep episode of South Park. Among other things, this episode subtly touched on some of the fundamental flaws of Western Psychotherapy.

For those of you who haven’t noticed, by the way, South Park is a very deep show; the creators are geniuses who have decided to use their comedic talent and their television show to make subtle commentary and important suggestions for everything from economics to politics to popular culture, all in the light of human nature and psychology.

In this episode, Insheeption, South Park parodies the movie “Inception.” While there are many themes in this episode, one that struck me (because I’ve been writing about it all month) is the comparison between the psychological stylings of Freud vs. The Buddha.

Seriously, watch the episode before reading on. Or go to a different article, like this one about repression vs. letting go.

OK so now that you’ve seen the episode, you can easily see the allegory to psychiatry.

1. Stan & Mackey present with a problem in the real world (present moment)
2. They are compelled to be treated by a Doctor (who also happens to be treating someone who doesn’t have a problem)
3. They lie down on the Freud Couches in the Doctor’s office
4. The Doctor brings Mackey back into his PAST, searching his memories for trauma
5. The Doctor exposes the trauma, which creates a major freak-out in the patient
6. Freddy Kreuger kills the trauma, and now Mackey is OK… he has successfully completed therapy (good thing we all have a Freddy Kreuger in our heads to kill the trauma, or else psychotherapy would just go on forever)
7. We don’t know if Mackey ever actually ended up dealing with his problem in the real world; just that he completed his therapy

1. Stan & Mackey present with a problem in the real world (present moment)
2. Stan goes through a bunch of stress and suffering because of stuff going on in his head
3. Stan decides he’s had enough stress and suffering
4. Stan decides to drop it (instead of continuing to live in the past)
5. Stan deals with his problems in the real world, in the present moment
6. Stan no longer has a problem

South Park has many layers of depth and I highly recommend the show. To be perfectly honest, I never seem to be able to understand the deeper aspects without some… herbal help… I really don’t know why. All I know is that Matt & Trey are geniuses.

Click here to read my article about why our psychiatric paradigm is inherently flawed, or here to read about The Benefits of Meditation.

Meditation may indeed have some usefulness in facilitating the self-observation and behavioral changes sought in some forms of psychotherapy. But to view meditation solely in this manner is to limit our understanding of its potential to promote other important therapeutic goals, for example, the recognition of unconscious conflicts that may be at the root of behavioral problems. In this regard, let us recall Delmonte’s observation that meditation can also bring about descendence of consciousness, thus increasing access to the unconscious. Goleman7 also noted that meditation allows formerly painful material to surface. Thus there is some reason to think that meditation might be compatible with psychodynamically oriented psychotherapies focusing on uncovering and working through unconscious material.

While a global pandemic threatens our physical health, we are living through a more...
January 12, 2022 · 17 min read

Every human is different, and each person has a different suite of preferences. But...
September 9, 2020 · 3 min read

How to Set Goals by Future Self Journaling 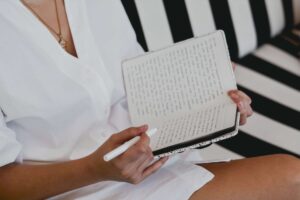 Meditation is a healing tonic for the soul, where we heal our soul-wounds and...
September 1, 2019 · 3 min read

“Teachers devise their own tests, to inform them about their students’ progress and needs....
July 8, 2019 · 6 min read

What It Means to Surrender

Vulnerability and Meditation: Love and Surrender

Happiness Comes From Within

What To Do When Everything Sucks

HOW TO OVERCOME SOCIAL ANXIETY

Grief and Loss: A Mindfulness Approach