The Buddha, founder of Buddhism, 2600 years ago made it clear that we should create and maintain bonds with the universe even though we have been born into human life. This was a common notion in ancient India before his time. 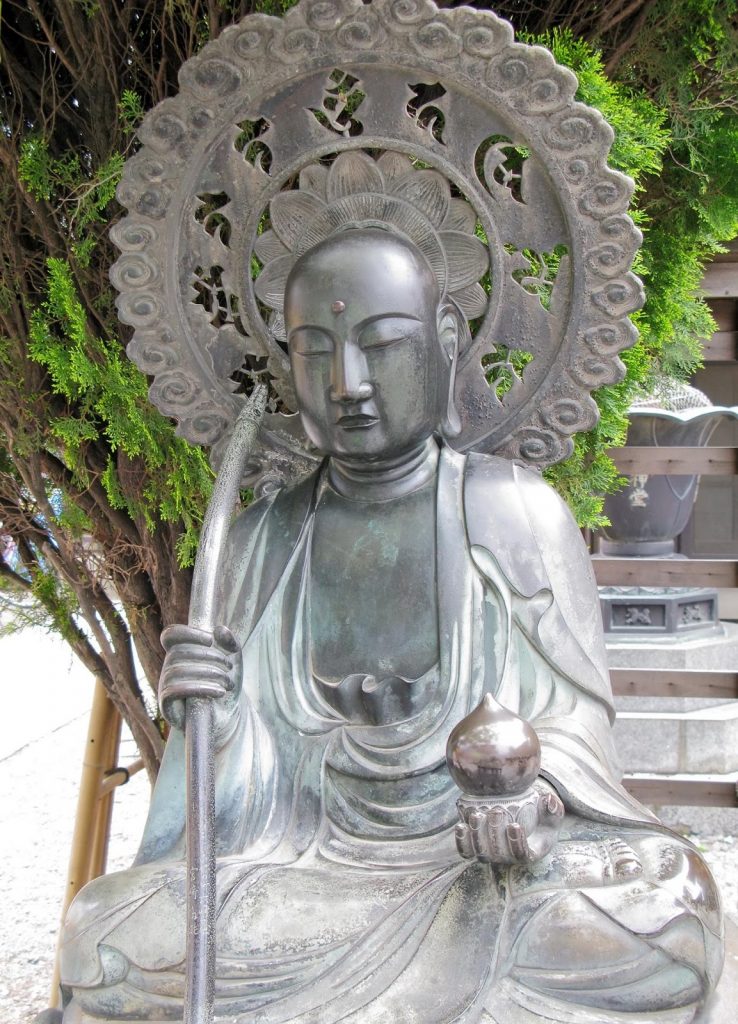 The universe encompasses everything that exists, according to our current understanding: spacetime, forms of energy and the physical laws that relate them, history, philosophy, mathematics and logic. Buddhists refer to the Universe, both visible and invisible phenomena, as the Dharma.

The Cathars (medieval Christian mystics pronounced heretics by the Church of Rome and exterminated) also were constantly connected to the spiritual or invisible world although they strived to liberate all beings from the physical world of suffering. They regarded death, the ending of human life, as a simple veil that could be easily removed. 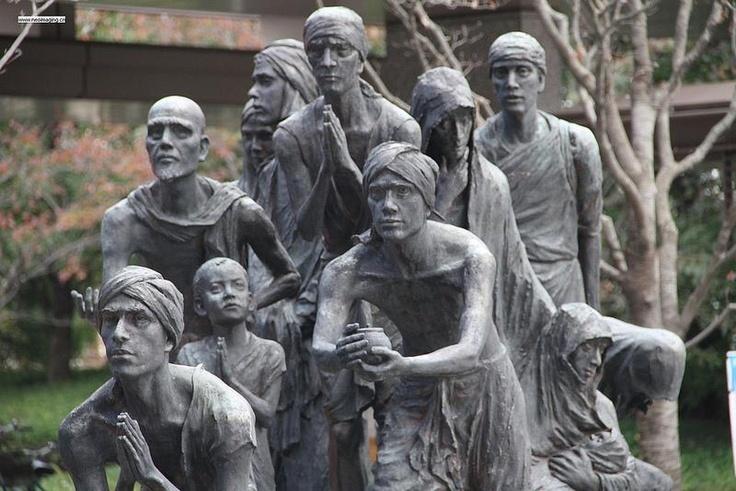 The halo (a circle of light around the head of a holy being depicted in Christianity) and the aureole (a circle of light around the head and/or body of a deity in Buddhism), were and still are used as reminders of the spiritual origin of all things appearing in the visible world of form. In both systems of living out the lessons and struggles of human life (Christianity) or samsara (- the world of human suffering-Buddhism), we aspire to make the transition back into the spiritual, formless world, and if possible, to take all living beings with us.

The Cathars, who were vegetarians apart from eating fish occasionally, prescribed the endura, a form of ritual suicide brought about by refraining from taking any food or water as death approached, preceded by the administering of the consolamentum, a special cleansing meditation or blessing. In Buddhism, diet is always key as it is important to allow the subtle inner winds (vayu in Sanskrit) to blow naturally through the channels of the body. The body and mind are unable to function at subtle levels if these winds are not balanced.

So, in both schools, the awareness of what substances from the Earth we put inside our bodies is central to the way we use them. These rules about living allow us to connect with mystical knowledge so as to be able to be a channel for such universal energy.  They provide an opportunity for us to fine-tune ourselves in order to receive the countless messages and signs from invisible sources surrounding us

The mystical has always drawn me personally since being a young child. I could never accept that worldly achievements were the pinnacle of all existence. I was certain there was much more to it than that.  Of course, children are usually not yet conditioned as adults are: they are pure and still close to the universe before their intellectual capacities develop.

My dream of being touched by the mystical came steadily true through the Buddhist pathway and gnostic traditions such as Catharism, and also Sufism (mystical/Esoteric Islam). In Japan, I am presently involved with the Nirvana Teachings of Shinnyo-en, Esoteric (transmitted orally from Master to pupil) Shingon Buddhism. These are the very last teachings the Buddha gave on his deathbed when he revealed a new aspect of the teachings just before he died which took his disciples and followers by storm.

He announced that every single being, regardless of spiritual training, gender, or any other classifications, is endowed with Buddha Nature, the seed for enlightenment (perfection). If we live life in a sincere way putting others before ourselves, the rain of Dharma will water that seed and it will ripen in time.

This changed the direction of Buddhism forever because everyone universally had the potential for enlightenment in their own lifetime, not only those who gave up their everyday lives as householders to become monks. The best place to become enlightened is in everyday life, here-and-now. 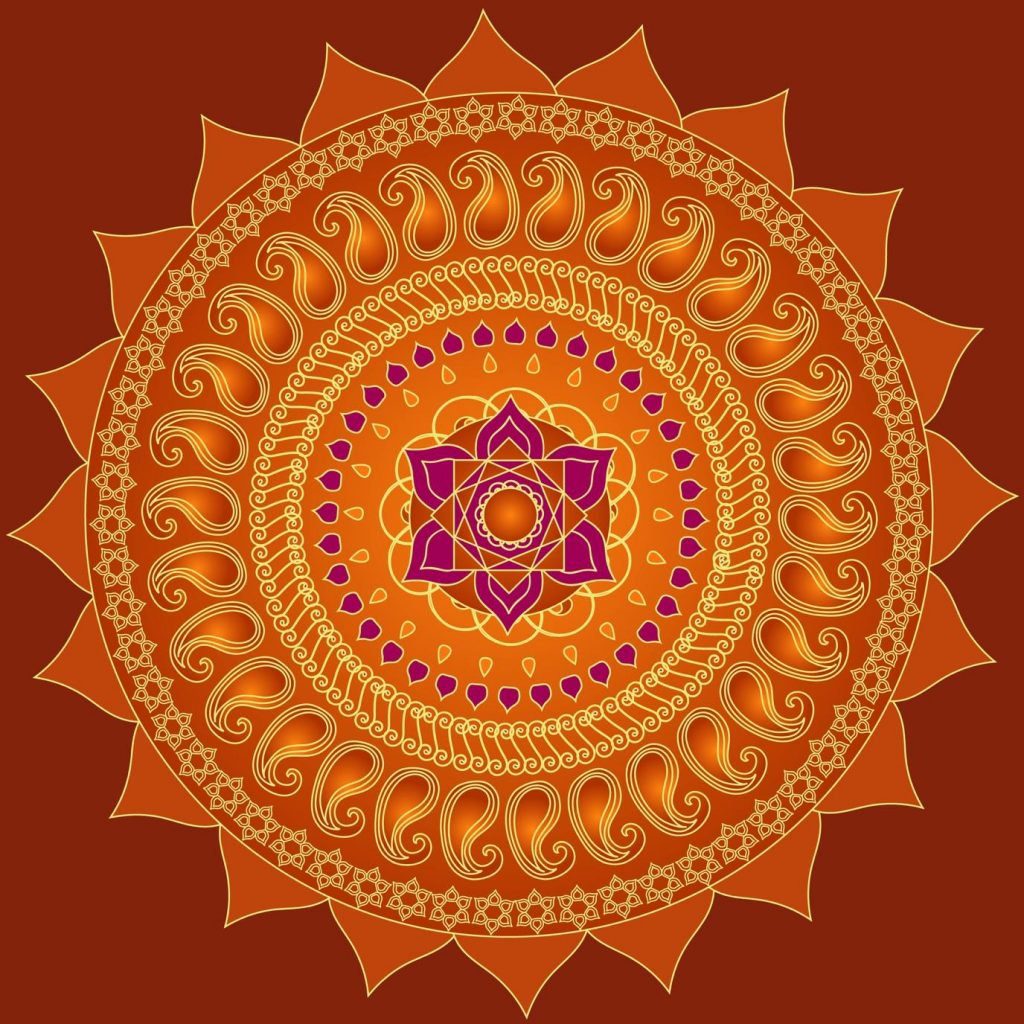 In Esoteric Buddhism, the mandala is the traditional way of mapping out the Dharma lineage which is passed down through the ages from the original Buddha, Shākamuni, about 2600 years ago. The mandala represents the whole universe and if you are correctly connected to that lineage known as the Dharma Stream, there is nothing and no-one outside you, no ‘us’ and ‘them!’ You are actually positioned in the dead centre of the universe.

Buddhists strive to release themselves from attachment to objects and people because attachment means separation – it requires the attached and the attacher. Once we are truly one with the universe and all sentient beings, then we have realized ‘emptiness’ and the native silence and stillness of the heart. All our worldly desires are extinguished and it is said that we have crossed the great Ocean of Nirvana to the other shore.

In Japan, there is a strong tradition of mountain ascetics – those who deprive themselves of luxuries and comforts in order to quieten their egos, shugendo in Japanese.  Yamabushi (Jpn: one who ‘likes mountains’) follow a special doctrine combining Esoteric Buddhism, Taoism and Shinto.

These practitioners are usually solitary and today mostly lay (non-monastic). Emphasis is placed on physical feats of endurance in the open air where the trainees live in the untouched forests of rural Japan. Their goal is to be touched by supernatural powers and the universe through such practices.

Yamabushi can often be seen engaged in waterfall training – standing under waterfalls in freezing winter, ridding themselves of their ego so that they can receive the esoteric messages. My own masters did this practice regularly, as did many other key teachers in Shingon Buddhism.

The Cathars also had a strong reverence for and involvement with nature and the universe. The sacred caves of Sabarthes in Languedoc, south-eastern France, are known as the ‘doors to Catharism.’ Part of initiation as a Parfait (a Cathar Perfect)  was to climb a steep path leading up to these caves (a practice common also in shungendo) to the Cave of Bethlehem.

There were four important elements inside the caves: first, a square niche in the wall which could have conceivably contained a mandala or manual of some kind; second, a rough granite altar; third, a pentagram carved into the wall, possibly symbolizing the 5 elements of the universe (a common symbol in Esoteric Buddhism); and finally, the telluric currents emitted from the rock walls and cave floor.

The atmosphere in these caves fills one with awe. I was particularly sensitive while inside and after visiting had a series of dreams in which Cathars appeared as Buddhist monks. There are so many similarities.

Buddhists work to achieve emptiness and liberation from all attachments. If you step out of the enclosure of your mind, the view of the world you construct with your intellect, then you step into the Buddhafield or mandala where you are protected and qualified to receive the wisdom of the Dharma stream orally. At this moment, you become united with the universe. This is reality. You can take refuge in this powerful mandala whilst struggling in samsara to liberate all sentient beings and bring them to enlightenment with you.

Although many different spiritual traditions employ meditation in their training, it could be said that the origin of meditation — of making ‘bonds with the universe’ — began with the young Buddha’s first experience of meditation. Prince Siddhārtha was 7 years of age and already showing promise in his studies to succeed his father and become King of the Sākya clan. One day, he accompanied his father and entourage to an agricultural festival dedicated to the Earth deity.

While there, the young prince noticed a small bird pecking at a worm that had been turned up by a plough. He felt such compassion for the worm that he was inspired to sit in a nearby grove under a jambu (rose apple) tree and soon shifted into an advanced meditative state.

The sun was high in the sky, but the shade provided by the surrounding trees stood still, keeping the young child cool and sheltered from the hot sun. This first meditation inspired by nature demonstrated the highest respect and reverence for the treasures of the universe.

In my own meditations which bring together many coloured threads, I often use the image that everything inside me, beneath the thin membrane of my skin, can amalgamate with everything outside. That my heart can beat in unison with all the hearts in the universe and that I can breathe as one with all beings in the universe. It is easy to transcend the thin membrane of skin and realize deeply that this is all that makes me a physical individual being, able to act in the world, fulfilling my own unique mission.

The Universe is the Spiritual Source. The Moon and Sun are our protectors. We climb the mountains, flow into the oceans down wide rivers, and swing from stars and planets. It is only the mundane mind that hems us into its synthetic reality, imprisoning us away from the natural glory of the great Universe.

Linden Thorp
View More Posts
Linden Thorp is a teacher & author living and working in Japan. She is an ordained Japanese Esoteric Buddhist priest (Shinnyo-en), among many other things. Her religious pathway has been from Christianity, through Hinduism, Islam, Sufism, Humanism, Catharism, to schools of Hinayana, Vājiriyana, and Mahayāna Buddhism, and so to Oneness and Self-Realization. Check out her website at www.lindenthorp.com, or follow her on twitter @thorp_y 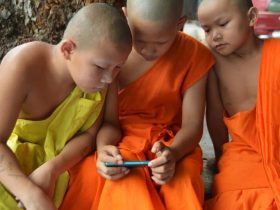 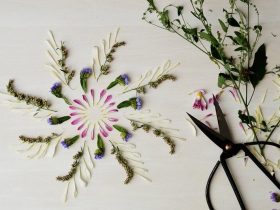 Significance of Mandalas and Why We Hang Them On Our Walls 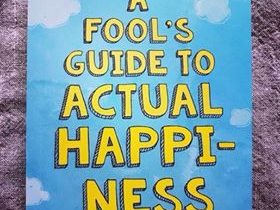 How I Discovered Actual Happiness Through Meditation

I started noticing people really connected with my radical message of accepting life – warts and all – just the way it is; and that this acceptance was... 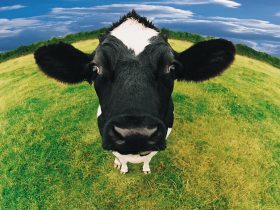 Does being vegan really help animals? Well, first let's answer this question: which is worse: (a) a life that includes suffering, or (b) never having been born at all?