Photography As A Pathway To Meditation 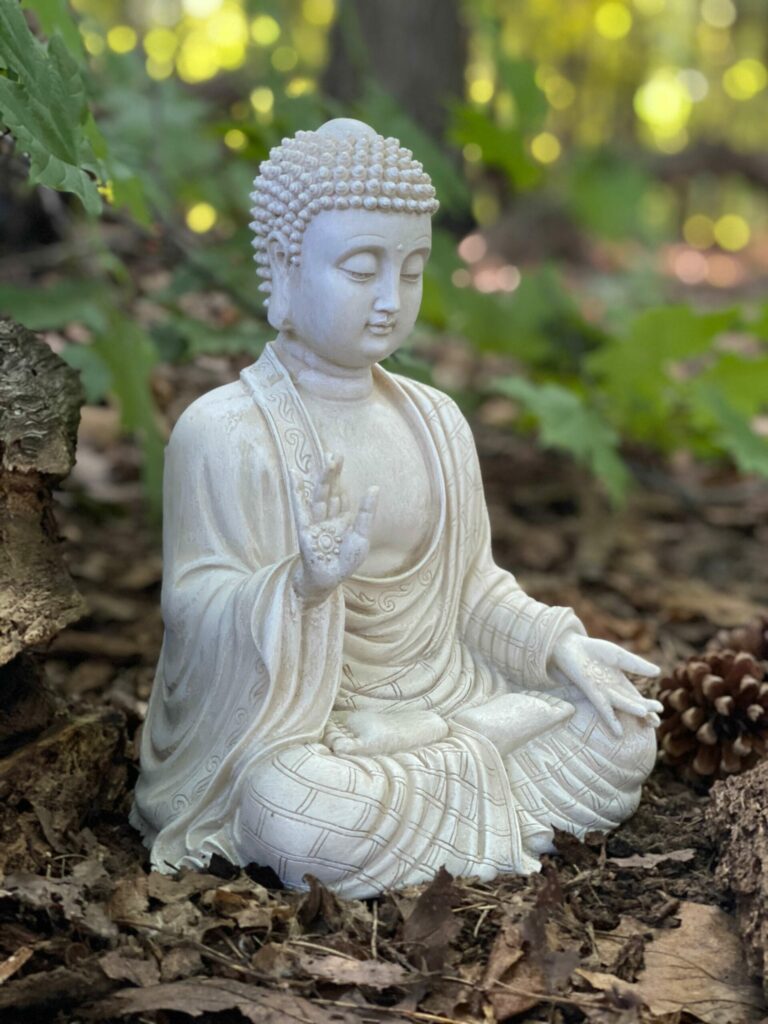 I used to think I was not a meditator.

After all, meditation is that practice where individuals sit in pretzel postures, focus intently on the ebb and flow of each deeply-drawn, slowly-exhaled breath and attempt to make their minds as open as a cloudless summer sky, right?

In truth, there are numerous forms of meditation encompassing disparate approaches to the discipline. Some center on movement, some on stillness. Some focus on relaxation while others pursue an expansion of the heart’s capacity for kindness and compassion. An individual may practice one form of meditation, or several.

Being an active and fidgety type, the practice of the aforementioned mindfulness meditation, arguably the most prominent form of meditation undertaken in the West, fit me like a poorly-tailored dress. Perhaps I’d benefit from the quieting of the mind and non-judgmental acknowledgement of thoughts and feelings it requires, but I am slothful when it comes to exercising that part of my psyche. And what’s the point, really? Why expend the energy on any type of meditation?

Study after study has shown that meditation decreases stress, increases self-awareness, improves sleep, helps control pain, ramps up our ability to concentrate and generally aids in equipping meditators to deal with life’s roller coaster ride in healthier, more balanced ways than many in the non-meditating populace. Of course, there are numerous things we know are beneficial to our overall well-being which we continue to eschew for lack of time, motivation and a host of other reasons. But what if meditation could fit easily into our daily routines? What if, in fact, it could become so natural that we barely recognized we’d shifted into another mode of consciousness?

That is, in fact, what happened to me when I embraced photography.

My passion was sparked during a spring walk at the start of the COVID-19 pandemic. As the world at large closed up and hunkered down, my personal world began to open, expand and widen. My place of employment switched to remote work which allowed a sort of freedom in my daily schedule I’d not known before. Suddenly, a dawn walk before settling in at my computer become routine.

While out one morning, I came upon a lilac blossom so beautiful I wanted to share it with my friends. I took a photo and posted it to social media, but noted that the picture had failed to accurately capture what I’d seen. Of course, no photograph can ever truly encompass what we see and experience with our senses in the moment, but a good picture can come close.

As my walks continued, I began to notice more and more I wanted to share with others. The densely-petalled damask rose, the scarlet cardinal perched on the clothesline, the chanticleer pear with its showy white blossoms. I continued to take photographs, working to hone my skills to the point I felt I did what justice I could to my subjects.

In time, the quality of my pictures began to improve, but there were also other, unanticipated effects. Without even realizing, I discovered my focus had shifted. I was looking down. I was leaning in. I was spending quiet time fully-absorbed in the moment. I was noticing things I’d previously missed. Each photo of a wide expanse of sky at dawn had its counterpart in a delicate leaf reflected in a puddle, a gossamer thread of spiderweb glittering with dew or a finely-veined pebble no larger than a dime.

In my effort to improve the quality of my photographs, I had, quite inadvertently, fallen into what is known as “focused meditation,” a practice which encourages concentration on an object, sensation or sound to achieve clarity of mind.

When I am taking pictures, the rest of the world falls away as I focus on my subject. I become fully absorbed, noting colors, textures, perspectives and the angle of light. I study the object of my focus so intently I lose awareness of everything else. It is a new, expansive way of seeing, and the benefits extend beyond the practice of photography, coaxing me to still my mind and to examine many aspects of daily life with the same attention to detail I use each time I pick up my camera.

I now notice weeds growing through cracks in the pavement as readily as I do the most carefully tended garden. I admire the rugged tenacity of the one as much as I appreciate the cultivated splendor of the other, and I cherish each equally. In the same way, I am working to look closely, recognize, appreciate and learn from the people and situations I encounter in daily life.The Dalai Lama once said: “Don’t use Buddhism to become a Buddhist. Use Buddhism to become better at whatever else in your life you are doing already.” This sage advice struck a chord in me the first time I read it and I’ve kept it on file in my mind ever since. Though I am not a Buddhist, I find inspiration in much of what has been distilled from it and popularized in Western Culture. This respect for Buddhism served as the inspiration for a series of photographs I took depicting the Buddha as Master of the Elements.  Each picture in the series contains a statue of the Buddha and one of the four elements: air, earth, fire and water.

Photography continually nudges me to look closely at objects, people and situations. It engenders intense concentration that narrows my focus while expanding my awareness. The Buddha’s calm demeanor in each of these photos embodies that experience for me and serves as a reminder to strive to remain centered amidst the vicissitudes of life.

Significance of Mandalas and Why We Hang Them On Our Walls

How I Discovered Actual Happiness Through Meditation

Happiness Comes From Within

The Origin of Meditation: Making Bonds with the Universe