Curtis Sliwa, running on the Republican ticket, does carry some street cred as the founder of the Guardian Angels, and may give Mr. Adams a run for his money. But Sliwa also carries some hefty baggage from having been busted for faking his own kidnapping (along with five other “heroic exploits”) to gain publicity for the Guardian Angels.

Whether you choose to identify yourself with political labels like “liberal” or “conservative,” red team or blue team, “Republican” or “Democrat” — or you simply see yourself as a tiny primate on a ball of rock hurtling through space at millions of miles per hour (or, on a deeper level, as an ephemeral expression of The Universe Itself) — the fact that a passionate vegan & meditator is on the verge of becoming the new mayor of NYC may be a ray of hope for us all.

Putting aside polarizing economic beliefs for a moment, the meditation & plant-based programs that Adams will bring to schools and hospitals will be a huge boon for our city. Raising a new generation of New Yorkers on principles of mindfulness, compassion, environmental responsibility and sustainability, will inevitably lead to a happier, healthier, and more peaceful New York City.

In our interview with Eric Adams at the beginning of his “long-shot” candidacy, we asked him all about his plans for meditation and plant-based programs in NYC. Click on the video below to watch the full interview!

If you love to meditate, or just want to try it out to see what it’s like, check out our beautiful print magazine by clicking here, or on the magazines below! 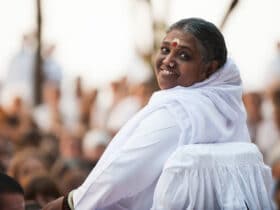 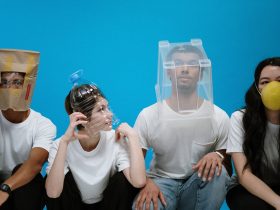 5 Meditation Tips To Survive The Coronapocalypse 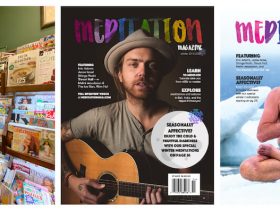 OMG Our First National Issue of Meditation Magazine Is On All The Shelves! 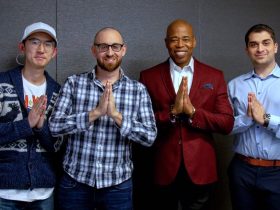 Meatless Mondays in NYC Schools: Meet The Man Who Made It Happen